Dr. Sorenson provides vision therapy for patients who have dizziness combined with visual problems (visual vertigo). These might include double vision, blurred vision, intolerance to bright light or complicated visual inputs such as "grocery stores" (visual dependence), problems driving at certain speeds or visual situations, or close work such as using computers. Patients with PPPD have visual dependence and may benefit from these treatments as well

Persons who have a visual vertigo evaluation by Dr. Sorenson will also be given an updated prescription for glasses (if appropriate). CDH does not make or sell spectacles, but the prescription can be taken to a frame/glasses store-- there are 3 of these establishments within a block radius of CDH. 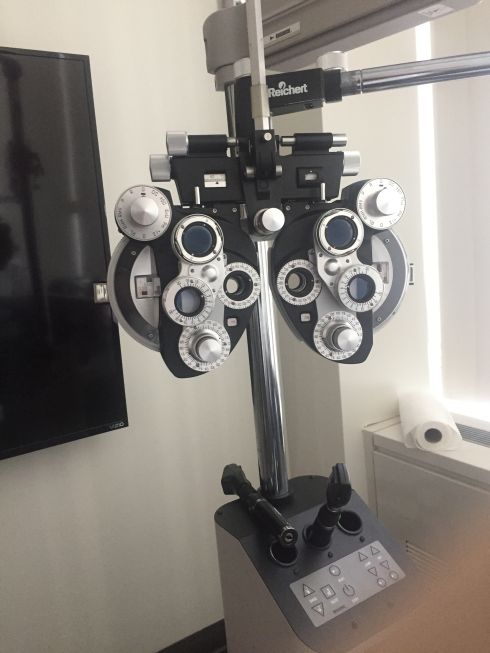 This is a Phoropter, a device used in the clinic to assess the focusing ability of the eyes.